Fr. Thomas Selvaraj was born in the capital city of Burma (Myanmar) Rangoon (Yangoon).  He studied at St. Joseph’s Catholic Seminary in Rangoon between 1955 and 1964 and, later, earned his Doctorate in Environmental Science. In the following years, Fr. Selvaraj served in the villages of Thailand and Burma by teaching the indigenous people how to generate electricity for their villages. Additionally, he assisted the people in creating machinery that would make oil and grind paddy. He learnt their language and used to walk through the thick jungles for several hours to preach the gospel to the village people. These trips were quite dangerous for Fr. Selvaraj as he had many close encounters with vipers and tigers. However, his fervent devotion to the Lord protected him and allowed him to complete these trips safely.

In Chennai, India, Fr. Thomas Selvaraj served in the Santhome Cathedral and in the Velachery Parishes. Later, Fr. Selvaraj moved to the United States and served at St. Anne’s Church in Charlotte, North Carolina from 1998 to 1999. Then, he moved to serve at St. Joseph of the Hills Catholic Church in Eden, NC for the next nine years from 1999 to 2008.

While Fr. Selvaraj was in Eden, NC, he helped to bring the Tamil Catholics in this area together by visiting our houses monthly and celebrate Tamil Mass with us. He baptized our kids in a traditional Tamil mass which was very special for us. Additionally, he celebrated mass at a church in Greensboro in which the Charlotte and RTP Tamil Catholics participated. His sermons were very clear so that everyone could understand, including our kids who were very small at that time. He encouraged our kids to serve in the altar and patiently taught them the order of the mass. The parents and kids loved him very much. Fr. Selvaraj was very patient, humble, and soft-spoken. When we think of Fr. Selvaraj, we remember his ever-smiling face. We will miss him very much.

You can listen to his Golden Jubilee speech here: https://www.youtube.com/watch?v=fu-c7l-NN48 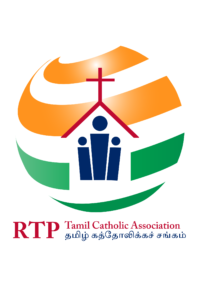